In the build-up to the 2022 World Cup, the Design Museum presents the first major exhibition on the design of the world’s most popular sport, football. 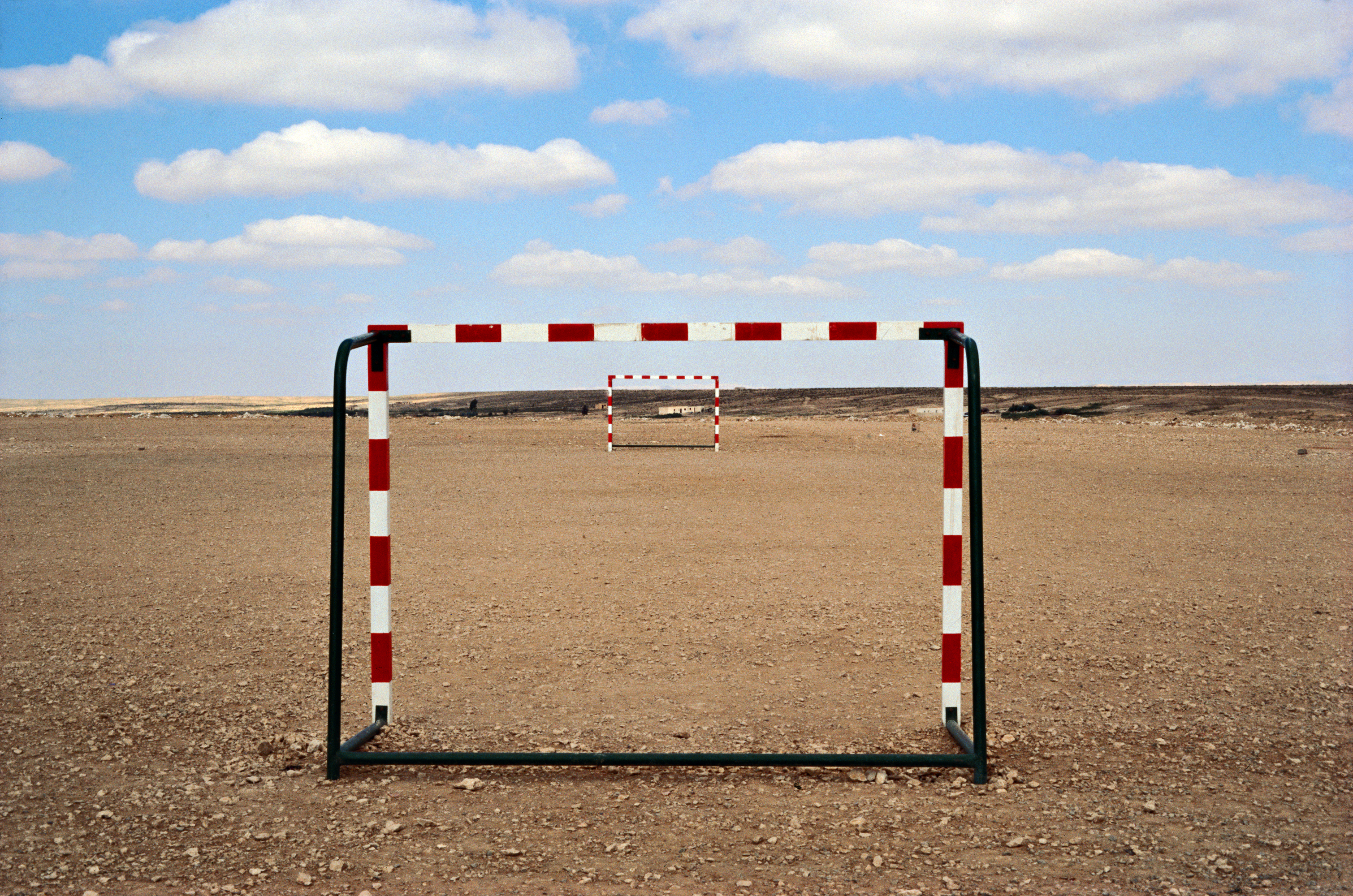 Paying homage to a game with unparalleled cultural significance, the exhibition will reveal how human creativity has pushed the game to its technical and emotional limits.

Over 500 historical objects which tell the stories of everything from club legacies and team badges to the world’s most significant stadiums and innovative kit used to perfect performance.

Kicking off on Friday 8 April 2022, the Design Museum’s exhibition Football: Designing the Beautiful Game will showcase the ways in which design has shaped the world’s most popular sport. Take a journey through more than 500 objects, films and interviews in sporting performance, kit development, stadium design and more. Become immersed in defining moments from football history, with star objects telling the stories of club legacies and game legends including Pelé, Lionel Messi, George Best and Diego Maradona and more.

Featuring the master-planning of the world’s most significant football stadiums to the innovative materials used in today’s boots, the graphic design of team badges and the grassroots initiatives pushing back against the sport’s commercialisation, the exhibition offers an insight into the people and processes that have made football what it is today.

Created in collaboration with the National Football Museum in Manchester, this exhibition opens in the build-up to the 2022 FIFA World Cup. The exhibition is divided into five sections: Performance, Identity, Crowds, Spectacle and Play. An immersive set design will draw out well-known elements of stadium architecture from the player’s tunnel to the stands.

The journey begins by looking at performance through the lens of the design and the production of football equipment over its 150-year history, including efforts to devise new tools to allow teams to play longer, faster, and more consistently. See how lightweight boots and aerodynamic balls have evolved and the industry has developed shock-absorbent pitches and restorative exercise routines. Packed with major objects such as the two footballs used in the inaugural 1930 World Cup final and match-worn boots from George Best and Lionel Messi, visitors will be given an insight into how design has helped perfect the sport.

From street-corners to world-class stadia, football’s cultural significance is unparalleled, creating meaningful communities, and uniting people across the globe. In the section on identity, playback precious moments and connect with football culture through fan-led memorabilia such as kits, posters, programmes and more. As well as examining rare designs worn by legendary players such as Pelé, Zinedine Zidane, and Diego Maradona, this section also touches on the Hillsborough Disaster, including a Memorial Banner, designed by survivor Peter Carney from 1989.

Relive the sensation of being part of a match day crowd through an immersive stadium reconstruction in the Crowds section. Stadiums have a detailed design process that considers sound, sightlines, and movement to maximise the fan experience. Be guided through some of the most complex stadiums from around the world, including landmark venues such as Wembley, Stamford Bridge and San Siro, alongside future-facing projects from leading industry figures like Herzog & de Meuron, Populous and Zaha Hadid Architects.

In a year that also celebrates 150 years of The Football Association in the UK, explore how tournaments and the media have transformed the game into the world’s most popular spectator sport. See how the establishment of official tournaments, television viewership and social media has allowed fans to connect to the sport and turned football into a multi-billion pound industry. Examine the oldest surviving FA Cup and a set of World Cup posters, while archived radio clips transport you through sporting history.

The show ends by returning to what football is at its core: a chance to play. Celebrating the freedom, creativity and imagination the game inspires, this final section explores the different ways people engage with football beyond the pitch, from collecting to gaming, fan ownership to community activism. Discover early examples of tabletop games such as Blow Football and Subboteo, and video games including the FIFA series, Football Manager and Sensible Soccer.

Throughout, hear a specially commissioned soundtrack by Coda to Coda, recording the voices of fans and players from the highest tiers of professional football through to grassroots level.

Eleanor Watson, Curator said:
“Football is a hugely significant industry across the world and it employs a vast network of highly specialised professionals, with designers and architects playing an important role in shaping the development of the sport for over 150 years. Football: Designing the Beautiful Game shines a spotlight on the role that designers, architects and fans have played in the history of football, from performances on the pitch to the atmosphere in the stands. It is the design story behind the world’s most popular sport”

Families are invited to take part in a bespoke trail produced by Lima Studio, which uses multi-sensory experiences to animate the exhibition’s content for children of all ages. Design your own kit, build your own football stadium and more.

Football: Designing the Beautiful Game aims to promote plurality, diversity and inclusion throughout. Everyday heroes of the sport will be celebrated, and visitors will be encouraged to share their own views and visions for the future of football.

Football: Designing the Beautiful Game opens on Friday 8 April 2021 at the Design Museum. Tickets for the exhibition are available to book now HERE.