White Cube is pleased to present an exhibition of paintings and drawings by Japanese artist Minoru Nomata (b. 1955, Tokyo), his first in Greater China. Drawn from several series of work, it includes works from 1987 to 2020 which highlight the artist's continued focus on imaginary architecture and ambient, solitary landscapes. 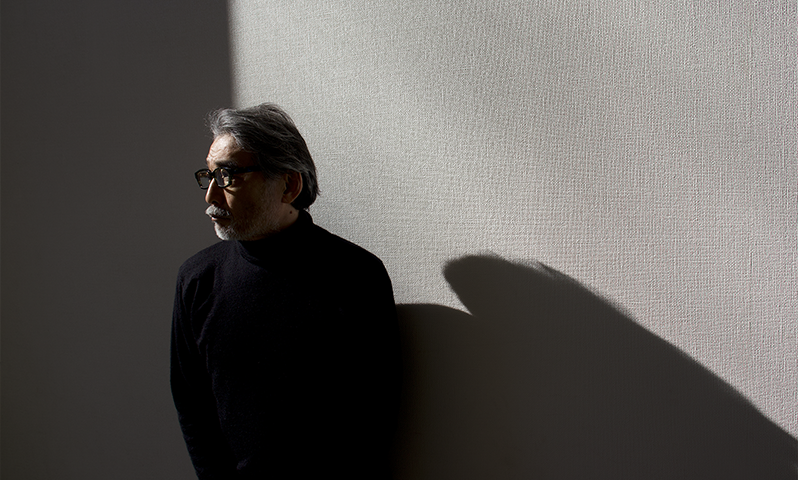 White Cube is pleased to present an exhibition of paintings and drawings by Japanese artist Minoru Nomata (b. 1955, Tokyo), his first in Greater China. Drawn from several series of work, it includes works from 1987 to 2020 which highlight the artist's continued focus on imaginary architecture and ambient, solitary landscapes.

'Painting is an escapist world, but I would like it to be a place to become energized and return to the world rather than a place to stay' Nomata has remarked.

Over the past four decades, Nomata has created a lexicon of imaginary buildings, monoliths, ‘eco-scapes’ and hybrid aerostats. In his singular, striking and heroic forms, Nomata celebrates the machine aesthetic and ingenuity of structural design throughout the ages. As Motoaki Hori, Chief Curator at the Tokyo Opera City Art Gallery describes it: ‘The exquisite draftsmanship and unique formal imagination of these paintings produces strong, ebullient architectural forms that transcend real time and space.’

Having grown up in the industrial Tokyo district of Meguro, at a time when Japan was undergoing rapid economic growth, Nomata became fascinated by urban design and its distinct architecture. At university, he studied European and Asian art, particularly classical Islamic patterns, and became drawn to the Machine Age and the modernism of American Precisionist, Charles Sheeler. It is these formative influences that have remained a constant in shaping Nomata’s imagery.

Working in series, Nomata consistently returns to the rationale of a single central motif; a superstructure anchored to land, sea or rising into the air. Although appearing as functional buildings, with entrances, apertures, stairways and cladding – elements that allow the viewer to orientate themselves by providing a sense of archetypal familiarity – the functionality of the structures remain elusive. Amalgamating past and present, they equally allude to the future.

Minoru Nomata (born 1955, Tokyo) lives and works in Tokyo. He studied design at the Tokyo University of the Arts, graduating in 1979 before taking up a position in an advertising agency in Tokyo. After five years Nomata left in order to focus on his painting practice, and in 1986 held his debut exhibition ‘STILL – Quiet Garden’ at the Sagacho Exhibit Space, an alternative gallery in Tokyo run by Kazuko Koike. Further solo exhibitions include Meguro Museum of Art, Tokyo (1993); Tokyo Opera City Art Gallery (2004); The Museum of Modern Art, Gunma, Japan (2010) and most recently at the Sagacho Archives, Tokyo (2012, 2018). He is currently a Professor at the Joshibi University of Art and Design in Tokyo.

The exhibition follows on from a White Cube online exhibition in May 2020 (view HERE); and ahead of an exhibition in Tokyo opening in January 2022 at Taro Nasu (gallerist) and another at the Yu-un Guesthouse, The Obayashi Collection.