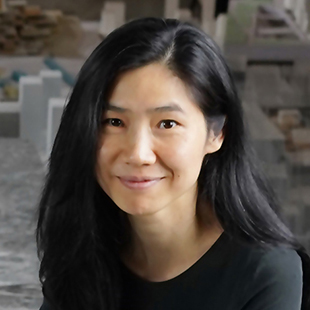 Jiang Ying graduated from École d’Architecture de Versailles. In 2004, Jiang Ying became Architect D.P.L.G (Diplôme par le Gouvernement). In 2007, Jiang Ying and He Jianxiang co-founded O-office Architects and started their independent practice in Guangzhou to seek for her new architectural exploration in extremely commercialized southern China. In 2014, Ying was hired as the visiting Assistant Professor in Department of Architecture of The University of Hong Kong. Actively in creating interaction between architecture, design and art, she has won several design awards and was invited to Shenzhen-Hong Kong Architecture Biennale and Venice Biennale. In 2015, O-office was selected by the Architectural Record as one of the 10 Design Vanguard firms in the year. 2016 O-office was nominated for the BSI swiss awards. In the year of 2020 O-office was awarded the Golden Award for ARCASIA Category D-2: Adaptive Reuse, and in the same year, rated as “Best 50 Architecture Firms” by Domus. O-office was also the awardee of the one and only Architecture Design Award of the first Sanlian City of Humanity Awards 2020. In 2021, O-office was awarded The Royal Institute of RIBA International Awards.