There has been a buzz in Hong Kong over this year’s Olympic Games. Even the Paralympic Games have garnered more attention this year than in the past. In addition to the sporting competition itself, the design of each Olympics raises a number of aesthetic considerations, such as the design of the Olympic emblem, the pictograms, the medals and trophies, and the architecture of the venue. All of these elements are inseparable from the overall design.

A series of short animation works focusing on the Para-sport made by NHK: https://www3.nhk.or.jp/nhkworld/en/ondemand/program/video/anipara/?type=tvEpisode&

The Paralympics certainly has its own design items such as its emblem, pictograms, medals and more. However, when it comes to designs that are more closely related to the physical attributes of the athletes, the first things that may come to mind are the various prosthetics and competition-specific equipment.

It isn’t difficult to find the relevant information on the Internet. For example, by inputting the search term “Paralympic design” into the online design magazine Dezeen, one can find information on 3D printed prostheses, biomorphic prostheses, a variety of specially designed wheelchairs for different sports (such as racing, basketball, and rugby), discus throwing frames and rowing equipment.

These designs are clean, without frills, and seemingly simple. However, their design requires that designers and engineers possess a deep understanding of the psychology and physiology of the athletes, and employ the use of both ergonomics and materials technology. The design process also involves a number of detailed adjustments, which makes it more complex than that of many ordinary designs.

In other words, we can see one or more complex equipment designs at each Paralympic event. We can even make the claim that due to the physical characteristics of the athletes, and the special needs of the competition, the design of the Paralympic Games is more elaborate than that of the Olympics.

But does the design of the Paralympics stop there? Is it solely concerned with the sporting equipment – or at most, the addition of a few signs or images? Are there deeper considerations? The answer to these questions actually depends on our understanding of design.

Let’s take our imagination a step further: in designing such sophisticated wheelchairs and prostheses, do the specifications of the competition venue (e.g., the courts and the track) also need to be adjusted accordingly? And will the latter in turn affect the design of the former?

Furthermore, since the wheelchairs used in competition are of varying shapes and sizes, and if we also factor in the wheelchairs normally used outdoors, what are the needs of the athletes for entering and exiting the venue? Are the passageways sufficiently wide? How should the lifts in the venue be redesigned? What facilities are required in the locker rooms? Is there sufficient space in the arena (including the auditorium) to accommodate these wheelchairs? The Paralympics have shared venues and facilities with the Olympics since the 1988 Seoul Games, and the venue and equipment requirements for the Paralympics are much greater than those of the Olympics.

Thinking beyond the competition venues, we can also consider the athletes’ village, city transportation and street design: are there sufficient accessible facilities? Will athletes be able to get to and from the airport, dormitories, venues, and restaurants, and make use of the city's services in a dignified manner?

In addition, the design of wayfinding systems is indispensable to every venue and the main facilities of the city. “Wayfinding system” is often translated into Chinese as "visual guidance system (導視系統)"; this translation underscores the bias in our understanding. The first thing that always comes to mind when we think of wayfinding is a set of visually oriented markers and instructions. However, many of the athletes participating in the Paralympic Games are visually impaired, for whom a visually oriented wayfinding system is clearly inadequate. And there are other information delivery systems in addition to this; for instance, what kind of broadcasting system is needed to deliver information to hearing impaired athletes, both on and off the field?

In his classic book Design for the Real World, designer Victor Papanek discusses the design of Japanese tatami mats. According to Papanak, the rush grass covered surface and straw-filled design of tatami allows them to regulate their temperature with the floor, filter out and store dust, and adapt over the years with their own sort of metabolism, which make them worthy of consideration as a work of craft.

However, Papanak also emphasizes that tatami are in fact the module of the entire Japanese room structure, and are closely linked to the whole set of architectural and domestic habits, such as the tabi socks and wooden clogs traditionally worn by Japanese people. In other words, tatami flooring is only one part of the overall Japanese domestic ecosystem. If we take tatami out of this system and treat them as independent creations, we cannot truly grasp the excellence of their design.

Perhaps we can draw upon Papanak’s remarks to reconsider the relationship between the Paralympics and design – transitioning from focusing on the individual designs of the Paralympics, to considering the entire Paralympics itself as a series of complex "system designs". Just as tatami are only one part of the overall Japanese domestic cultural system, rather than focusing solely on a novel piece of equipment or a famous architect’s design, we need to examine how these designs integrate with the Paralympics as a whole, and how they relate to other essential invisible designs such as service or user experience design.

Once we think of design in this holistic manner, we can see that design is ubiquitous in the Paralympics: the height of the counter at the reception desk of a venue; the operation of public telephones, drinking fountains, and kiosks; simple designs such as automatic doors, toilets and lockers to complex suspension systems in swimming venues ; lifts and unobstructed passageways designed for wheelchair users; hearing loop systems for the hearing impaired; training received by field workers and volunteers; competition officiating methods; and even the emergency response and evacuation equipment for venue personnel in the event of an accident.

Among the many designs, one is so critical to the continued operation of the Paralympic "system" that it forms the unseen backbone of the Paralympics, and about which most Paralympic spectators know little: the rigorous and complex Paralympic Classification System.

The formulation of the Paralympic Classification System was itself a co-design process involving the participation of various stakeholders, including athletes and medical professionals. According to the International Paralympic Committee, the classification system was designed "to minimize the impact of impairments on sport performance and to ensure the success of an athlete is determined by skill, fitness, power, endurance, tactical ability and mental focus."

We recognize that Paralympic athletes carry diverse and unequal degrees of physical and mental impairment. Without appropriate adjustments to the sporting format, competition between athletes would not be possible. However, we can also say that with careful design via the setup, operation, and adjustment of the Paralympic Classification System, athletes with physical or mental limitations will not be hindered from participating in sports, competing and sharing with others, demonstrating their abilities, or engaging in team building.

Although the Paralympic Classification System may be intangible, the emergence of the idea of the system and its subsequent continuous refinement has made possible a greater variety of sports, and even given rise to other tangible designs in the Paralympics.

Under the current classification system, there are a total of ten types of physical and intellectual impairment included within the scope of eligible impairments, among which various "sport classes" are designed according to the type and degree of impairment. The definitions of sport classes are very detailed and flexible, and different physical impairments may be coded into the same class as long as they have similar limitations and effects on the athlete.

This classification system provides a common basis for all competitions. Some competitions only permit athletes to compete while in wheelchairs, while others must compete while standing. Athletes with varying degrees of visual impairment sometimes compete separately using visual aids, and sometimes compete against each other in one class irrespective of their impairment level (e.g. judo, gateball and futsal). Some sports are extremely carefully classified (e.g. athletics, swimming, table tennis), while others allow open competition regardless of impairment level (e.g., powerlifting). In team competitions (e.g., sitting volleyball and wheelchair basketball), athletes from different sport classes must even be on the same team, and there are clear rules limiting the number of players on a team from different classes. These designs allow for greater variety and diversity in competition.

We see that the unique feature of the Paralympic Classification System is that it does not categorize athletes solely by their disabilities, but rather flexibly distinguishes them by differences in their abilities. We want to stop focusing on disability, which does not help us to better understand others; rather, we need to see the potential in both individuals and groups. The human body and mind may become damaged, but we also have within us the potential to overcome the limitations imposed by these injuries.

Some design scholars have pointed out that the publicity and image promotion of the Paralympics often do not touch on the details of the Paralympic Classification System, and fail to educate its audience about its progressive spirit. Many spectators still watch the Paralympics with an air of arrogance, prejudice, or – at best – pity for those whom they deem unfortunate. For these spectators, the Paralympics are merely an auxiliary to the Olympics - a spectacle sporting event, perhaps. We generally lack the proper information and knowledge to understand the relationship between physical disability and sports; more needs to be done by designers in this area.

For example, this year’s Olympics includes 33 different sports, from which 339 events have been created. In contrast, the Paralympics only has 22 types of sport, but from these a total of 539 events have been born. Perhaps disability does not reduce the possibility of physical and mental exercise, but rather allows us to see more potential and variation in athletics through these limitations.

In addition to designing pictograms for these 22 sports, how else can visual and media designers express the immense diversity that the Paralympics has spawned? The Japan Broadcasting Association (NHK) and a group of animators have produced a total of twelve 5-minute shorts for this year's Paralympics, showcasing the fun and charm of a variety of Paralympic competitions through different emotional storytelling devices such as passion, youth, love and even comedy. In addition to moving anime fans, the Paralympics were shown in a new bright and positive light.

The Paralympics are more than merely a sporting event; they were originally designed with the intention to transform public values. In the Chinese-speaking world (including Hong Kong), the Paralympics are often translated into Chinese as the “disabled games(殘疾人奧運會)” or “handicapped games (傷殘奧運)”, both of which reflect our prejudices and misconceptions toward the Paralympics.

The Paralympics were designed to shift focus away from human “disability” and toward human “ability”. As the prefix “-para” connotates, the Paralympics are “parallel” to the Olympic Games. This idea of parallelism is bound to overturn our narrow views of body, disability and sports.

This is the vision and the responsibility assumed in the design of the Paralympics.

PolyU Design has been an important hub of design education and research for Hong Kong since 1964. The School is leading in Asia and in the top 20 on the QS Art and Design Rankings. Academic programmes are offered at bachelor, master, and doctoral levels in highly diverse design expertise.

Can Hong Kong Catch the Coming Waves of NFT Art?

Dutch Design Week 2021: The Greater Number, the Quest for the Better Number 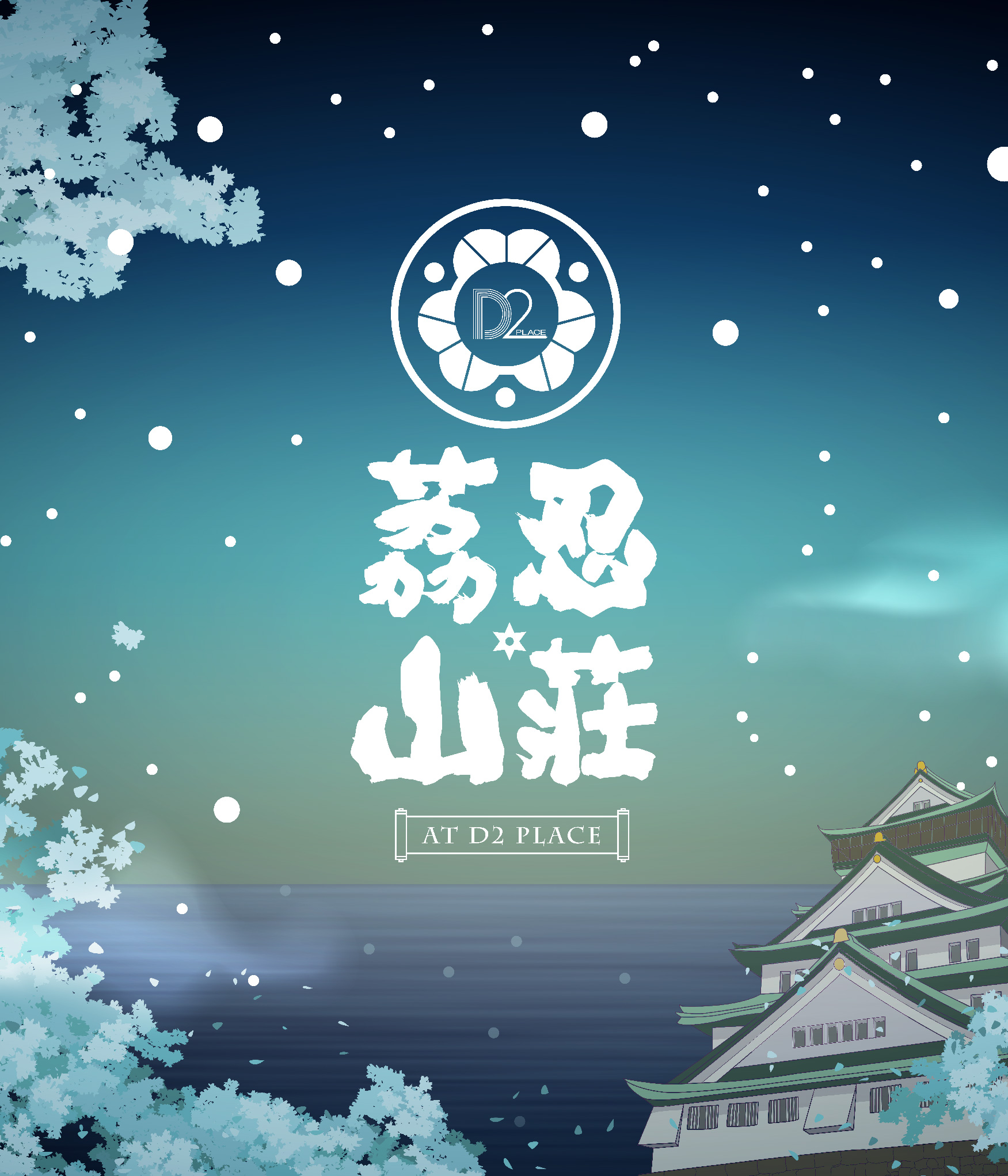