For one of the most influential Dutch designers of our time, Richard Hutten has a refreshingly playful approach to his discipline. 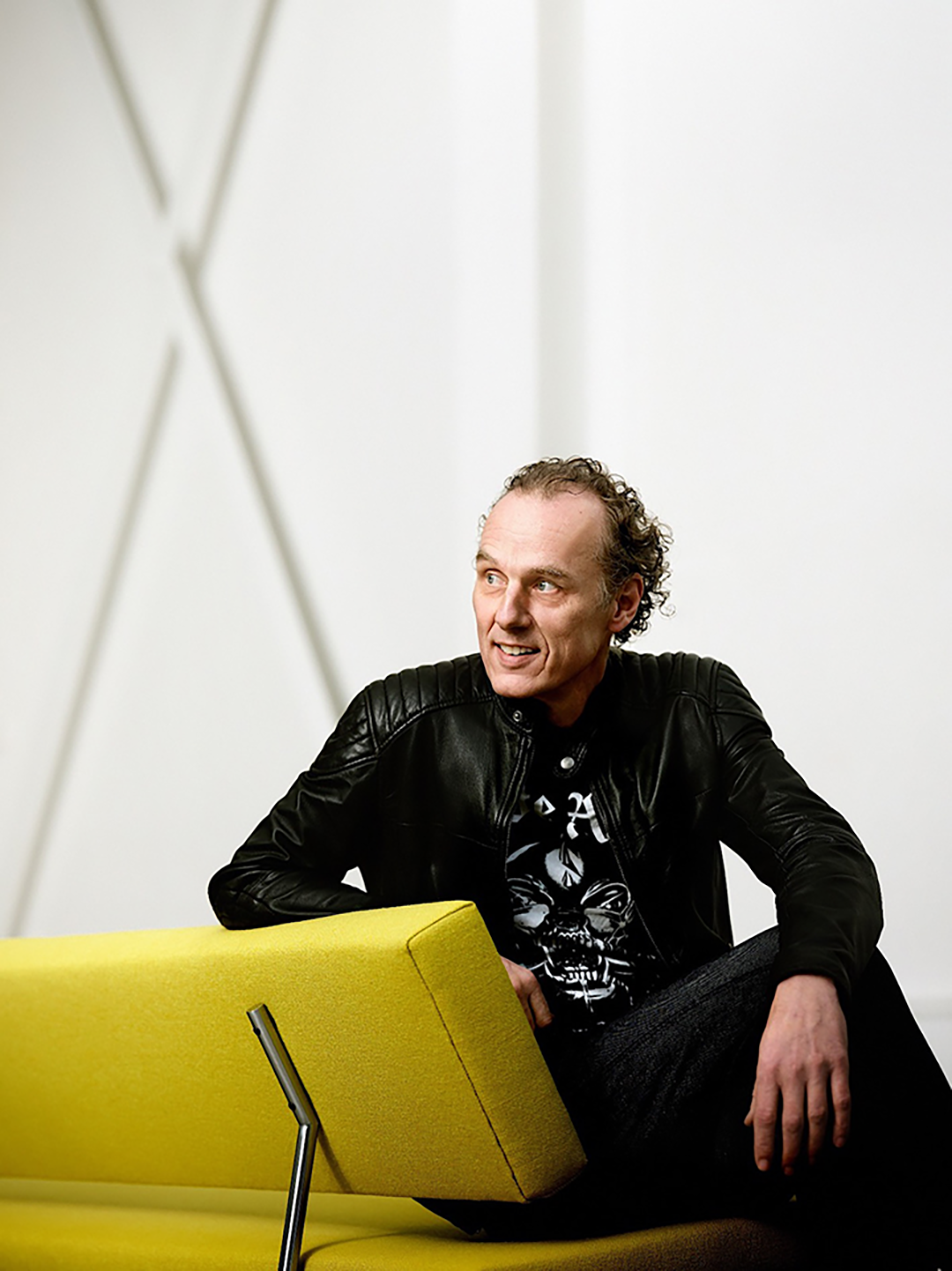 For one of the most influential Dutch designers of our time, Richard Hutten has a refreshingly playful approach to his discipline. Known for his conceptual yet whimsical pieces, the Rotterdam-based creative works across furniture, object and space design. Many will be familiar with his signature Dombo mug, a cheerful cup with two gigantic ears as handles. The product has sold over half a million pieces since it launched in 2002, an indicator of the award-winning designer’s immense success. With his work in the permanent collections of over 40 museums globally, including MoMA New York, Victoria & Albert Museum London, Centraal Museum Utrecht and many more, Hutten is one of the world’s most collected living designers.

What sets the innovator apart is his optimistic sense of design, interpreted in the most playful ways. ‘Design is serious, fun is serious. It’s intellectual and important to have fun,’ he says. It’s ubiquitous in his work, and if you’re wondering where he gets it from, his sunny disposition definitely helps. ‘It’s my nature, my attitude and how I stand in life.’

Hutten knew from a young age that ‘making things’ was his passion, though design as a discipling didn’t exist much in the Netherlands when he was a child. So, when his friend suggested he join the Academy for Industrial Design (now known as the Design Academy) in Eindhoven, it was a no-brainer for the aspiring teen designer, who quickly realised that this was indeed his destined career path. He was only 16 when he began his journey with one of the most highly regarded interdisciplinary design institutes in the world.

Being part of this ‘golden generation’ of designers during the academy’s transition period enabled a young Hutten to study alongside fellow rising talents — many of whom went on to become icons like himself. ‘I loved studying there and there was some really good energy,’ he reflects.

Hutten graduated from the academy in 1991 and launched his eponymous design studio the same year. But the real turning point for his career came in 1993. That year, Renny Ramakers, then editor-in-chief of Holland’s Items design magazine, and Gijs Bakker, Hutten’s head of department at the Design Academy, noticed the youngsters had a unique, upbeat attitude to design. Hutten explains that the veterans said they had to ‘show this to the world’ and invited him and other designers, including Hella Jongerius and Marcel Wanders, to host a small show in Milan. ‘It became a bomb in the design world,’ he says. The group focused on sustainability, which was new to design, and the works were simple yet with a sense of humour. They sparked the movement known as Droog, or ‘dry’ in Dutch. And thus, thanks to the show’s success, Hutten and his peers became famous almost overnight.

Sustainability remains at the core of Hutten’s work today and he selects his projects carefully to ensure that they’re in line with his vision. At every stage of the process he asks prospective clients, ‘Can you repair it? Does it have an afterlife? Is it recyclable? How big is the carbon footprint during the production cycle?’ As an expert himself, he’s often also asked for his advice. ‘I want to do projects that have impact and if I can change the mentality of a client [to become more sustainable], that is a big win,’ he avers. His collaboration with Amsterdam’s Schiphol Airport, for example, involved replacing 27,000 seats with recycled aluminium airport chairs that are both durable and easily repaired. He avoids plastic wherever possible.

An activist since his early days, Hutten applies it to his lifestyle too, having unplugged gas from his family home more than a decade ago. ‘People thought I was crazy when I did it, and now they think it’s visionary,’ he says. The sustainability devotee says that the top priority should be energy transition to replace oil, coal and gas. ‘The technology is there; it can sometimes be even cheaper.’ Hutten once even considered getting involved in politics in the hopes of leading a greener future.

Luckily, Rotterdam is a liberal, international city that embraces sustainability initiatives. It’s also home to renowned architects, artists and designers, many of whom Hutten has the pleasure of meeting thanks to the region’s tight-knit, communal nature. It also allows the mental space that’s important for designers. ‘If you don’t have the mental space, you won’t have creative freedom.’

These days, Hutten continues to expand his portfolio. The multi-hyphenate is currently working on something in Japan he’s never done before: designing a house. ‘It was on my bucket list. Everything I haven’t done, I’d like to do.’ Away from work, he likes to paint. ‘It gives me a lot of freedom, since it’s just me and I really enjoy it.’

For details about Richard Hutten and his work, please visit: https://www.richardhutten.com/

This podcast series is produced in partnership with Design Anthology, a luxury interiors, design, architecture and urban living magazine.