A fully recycled and recyclable bike made by Dutch company MTRL from locally sourced waste, which will appear in the upcoming circular design exhibition at Central Market. Photo courtesy MTRL

Howard Chung, who runs Hong Kong-based HIR Studio with his wife and fellow architect Irene Cheng, visited the Netherlands for the first time in 2006, while he was doing his undergraduate degree in architecture at the University of Hong Kong. It was a revelation. “When I first arrived in Rotterdam I was stunned by how contemporary the buildings were,” he says. “I found that Dutch designers are generally very proud of experimenting with new ideas. They love to challenge convention.”

It was inspiring enough that he decided to study there, at the Delft University of Technology, from which he graduated with a master’s degree in architecture in 2008. His programme revealed the secret behind the fascinating buildings he had seen in Rotterdam. “The design process usually goes through a very deep analysis into culture and building functions,” he says. “They research the project very objectively with a lot of data, and the appearance of the buildings is very expressive of the ideas in a bold and daring manner. In short, Dutch architecture is very rational, bold and direct. A lot like Dutch people themselves. They don’t shy away.”

Hong Kong will get a taste of that for itself at this year’s Business of Design Week, which is marking its 20th anniversary with the Netherlands as a strategic partner. It’s a chance to explore the essence of Dutch design and how it might benefit Hong Kong. 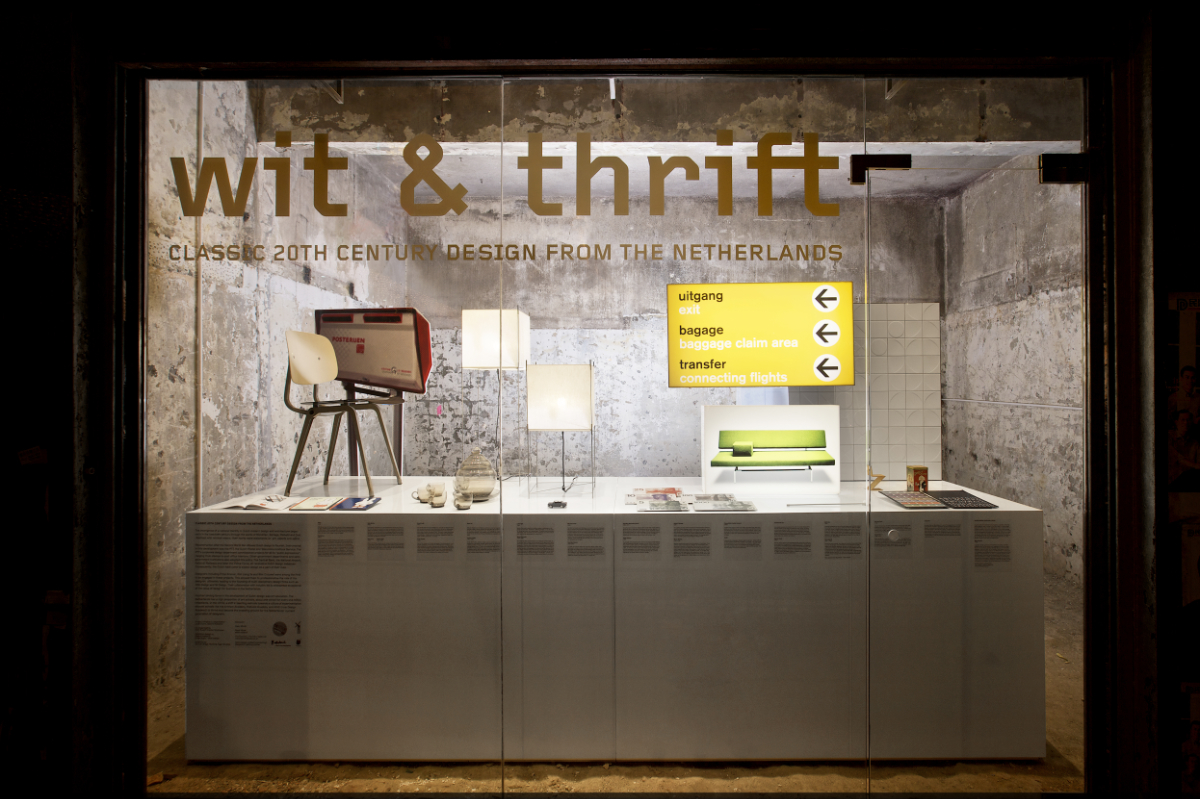 It’s also an opportunity to ask, what exactly is Dutch design in the first place? Hong Kong-based Dutch exhibition designer Sjoerd Hoekstra tackled the question in 2008, the last time the Netherlands was chosen as Hong Kong’s partner. “I made a really small exhibition about Dutch design and it was called Wit and Thrift. I think that’s a nice way to summarise it,” he says. (If Hoekstra’s name rings a bell, it’s because he designed the 2019 exhibition of Jane Goodall’s paper forest.) Economical, innovative and concerned with the public good – these are some of the key qualities that Hoekstra identifies as being core tenets of Dutch design.

It’s easy to name-drop famous Dutch designers and architects like Rem Koolhaas, Winy Maas and Hella Jongerius, not to mention brands like Droog and Mooi. All of them are known for producing objects and buildings that playfully push the boundaries of what is possible in terms of form and materials. And they were all key figures in the 1990s and early 2000s, when Dutch design seemed to conquer the world, an era described in critic Bart Lootsma’s 2000 book Superdutch. But what underpinned their world is an ecosystem that allows their distinctly experimental approach to thrive.

“Compared to many places there is still a very strong policy framework that supports an advanced ecology of educational institutions, cultural institutions and different support structures for creative industries,” says curator and design critic Aric Chen. “And it’s all implemented in a way that is quite structured and also gives room for flexibility and actual practitioners to do their thing.” According to Chen, the result of this is a design culture that emphasises “fluid thinking, never taking anything for granted, thinking holistically about the interconnectedness of design, architecture and other disciplines and practices.”

Hongkongers will be familiar with Chen from his time as the first curator of architecture and design at M+. But he is now general and artistic director of the Het Nieuwe Instituut (HNI) in Rotterdam, a position he took up in 2021 partly because of the Netherlands’ gregarious and open-minded culture of design. “This is exactly why I’m here,” he says. “We’re an institution that is totally unique in the world – a strange and beautiful monster.”

With a name that translates as The New Institute, HNI is a cultural centre established in 2013 that focuses on architecture, design and digital culture. It hosts the Dutch national architecture and urban planning archives, but as Chen notes, its role is not simply to maintain the collection, but to use it to push the boundaries of contemporary design. “That’s a luxury,” he says. “In other countries you’re struggling to take your institution into the 21st century kicking and screaming. Here, the government is telling you, ‘Don’t do things the normal way.’”

He points to an example right outside HNI’s building, where two ponds are part of Rotterdam’s larger water management system, a crucial piece of infrastructure in a city—and country—that sits almost entirely below sea level. The ponds are home to birds, fish and other wildlife, and when they were recently renovated, staff at HNI proposed incorporating them into the institute’s management structure. That idea led to a model called zoöp—pronounced like a combination of “zoo” and “co-op”—in which the interests of non-human life become an integral part of organisational decision making.

There is now an independent non-profit dedicated to incorporating zoöp into more institutions, and at HNI, there is a zoöp working group that investigates how the concept can be incorporated into architecture, design and artificial intelligence. Nigerian architect Kunlé Adeyemi, known for his work on floating structures, has been invited to give a presentation on the topic next year. “This is a very Dutch thing,” says Chen. “We’re constantly expanding definitions and trying to look laterally. In a nutshell, it’s really about developing systemic approaches and rethinking definitions. It all connects together.”

More than any kind of aesthetic or style, it’s a way of thinking that best represents Dutch influence on design. You can see it in the work of Hong Kong designers with ties to the Netherlands. Alan Yip, known for his pioneering work in Chinese industrial design since setting up his own studio in 1990, says his time working for Philips at its headquarters in the Netherlands was transformative. He cites the example of the Philips Café Gourmet, a drip coffee maker. Although its elegant design has made it a modern classic, its concept was initially rejected by the company, but management changed course and embraced it after its designer insisted on making and prototyping the product himself. Yip was fascinated not only by the minimalist design, but also by the way Phillips had the organisational flexibility to change its mind. “It moved my heart and influenced my 30-some-year career in industrial design,” says Yip.

Howard Chung says he is interested in “looking for a more local conversation in the Hong Kong context,” but this itself was inspired by his experience in the Netherlands. “The attitude of exploring new ideas, the way of doing a lot of research in the design process, it’s rooted in our office. We do a lot of research into culture, into functions, into the context before we start thinking about shapes and spaces. That’s what I learned from my Dutch education,” he says.

You can see this in practice in HIR Studio’s work on a new children’s section at the Aberdeen Public Library, which transformed a drab space into a fun, interactive experience that feels like a playground. Chung also points to The Ornithopter, an installation the studio created in Tamar Park, which has metallic wings that move when passersby jump onto one of the attached bicycles and start pedalling.

“It creates a dialogue with the public, bringing the users' influence into the work that can instantly transform the surrounding environment,” says Chung. “This concept of interactive design echoes with the school of thought I studied back in Delft, where the great architect Kas Oosterhuis advocated the ideas of data and real-time interactivity in his design studios, some fantastic ideas [that] still influence the way I see architecture now. This probably speaks of a character of the Dutch architecture – they build practical architecture while experimenting with cool theories in doing it.”

One of the latest theories is circular design, on which Sjoerd Hoekstra is currently curating and designing an exhibition in the Central Market that will open next June. Circular design is based on the idea that design should be sustainable and resilient. “This is on the forefront of Dutch design,” says Hoekstra. “Any design problem now is being viewed through the lens of circularity.” That’s not yet the case in Hong Kong, so he hopes the exhibition will prove influential. “Our goal is to introduce the concept and make it tangible. It's not just something for environmentalists – all parts of society are concerned with this issue,” he says. 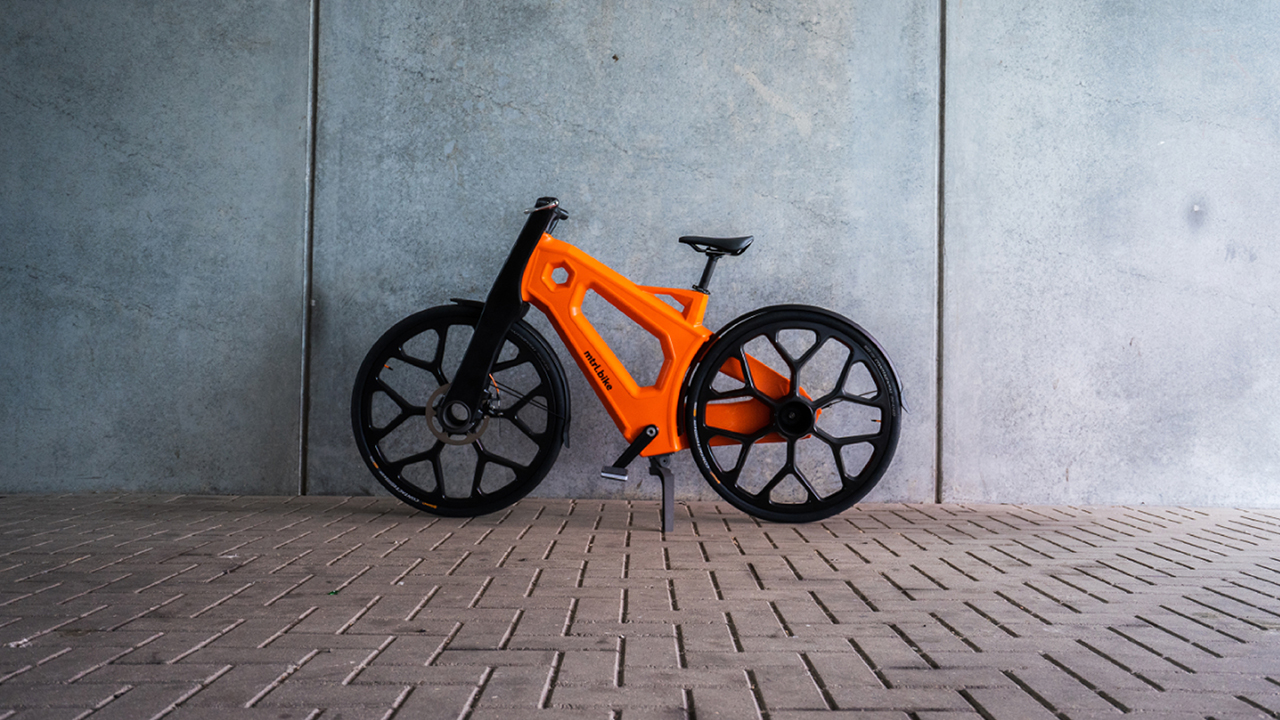 A fully recycled and recyclable bike made by Dutch company MTRL from locally sourced waste, which will appear in the upcoming circular design exhibition at Central Market. Photo courtesy MTRL

Hoekstra makes a point to underline that the notion of “Dutch design” is a bit anachronistic in a globalised world where ideas are exchanged more quickly than ever. But he hopes that Hong Kong can take inspiration from the way design is encoded in the very DNA of Dutch society. “Here [in Hong Kong] there is an idea that design is like a fun sauce that you can put over everything. In the Netherlands there’s a better idea of what designers can bring to a project from the very beginning,” he says.

There’s no reason that couldn’t be the case in Hong Kong. Like the Netherlands, it’s a mercantile society that emerged in an unlikely place. Just as the Dutch fashioned a homeland out of land that was previously underwater, Hongkongers have managed to build a spectacular city on a collection of rocky, inhospitable islands and peninsulas. “They’re both here because of a history of risk-taking,” says Aric Chen. “The difference is that it’s something the Netherlands still has, but Hong Kong has lost a bit along the way.”

Howard Chung sees it like this: “If we—not only designers but also clients and the public—are more willing to embrace new ideas and challenge the things we are used to, then maybe things like housing, shopping malls, libraries, playgrounds, et cetera can be better,” he says. “Why don’t we try it? Just like the Dutch.”